What We Believe
Pastor
History
Statement of Purpose
Leadership
Ministries

In 1908, after the death of their Pastor at the Israel Baptist, a group of members left the church and began holding prayer meetings at each other’s homes. Led by Deacon 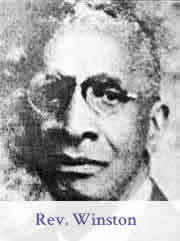 Robert Thrower, the prayer band grew and plans were made to organize a church. It would be named Wayland after Mrs. Thrower’s home church in Virginia.

In 1917 with the promise of God and the leadership of Rev. Winston, the congregation purchased the Fourth Street Baptist Church. The Rev. J. H. Taylor, pastor of the Mt. Sinai Baptist Church was their spiritual advisor. Rev. Taylor recommended the Rev. J. Willis Winston to come and preach for them and in the fall of 1909 the congregation was formally organized and Rev. Winston began a 32 year pastorate at Wayland.

In 1912 the growing congregation moved from 1829 Orleans to the 1st church edifice at 1200 E. Lexington Street. The Lord continued to bless and the mortgage was paid in six years. The Missionary Society, Youth Choir, Sunday School and BYPU were formed along with the Usher Board. The Baptist Junior Missionary Convention was organized in Wayland Baptist Church at the corner of Broadway and Jefferson. The cost was $20,000. The Lord continued to bless and Wayland continued to win souls for Christ.

In 1923, Rev. Winston was elected and accepted the presidency of Northern University in Long Branch, New Jersey. 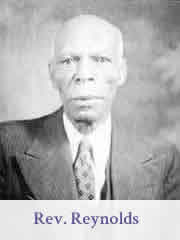 Reluctant to leave his sheep he did feel confident that the church would continue to progress. Sister Winston served as liaison and Rev. Winston was only a phone call away for important functions at the church. Without a constant spiritual leader, the congregation began to dwindle. In the late 1930’s Rev. Elisha H. Reynolds, his wife Signora and members of the family cast their lot with Wayland. His arrival lent stability to the pulpit. His title was that of “Supply Pastor.”

In 1941, Rev. Winston accepted the call to pastor the New Metropolitan Baptist Church. In 1943, Rev. Reynolds became the official 2nd pastor of the Wayland Baptist Church. Under his leadership, the church grew and the mortgage was burned for Broadway and Jefferson. Rev. Reynolds continued his pastorate until his death in June, 1946. 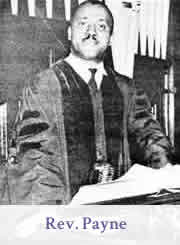 The church appointed the Rev. W.W. Payne and Rev. Ellwood Foster to officiate and minister to the Wayland congregation. They alternated between conducting service and rendering music. Rev. Payne was called to the pastorate in November 1946 but asked for 30 days to pray about the decision. On January 5, 1947, Rev. William W. Payne became Wayland’s third pastor. The Lord continued to shower Wayland with blessings.

In 1952, we vacated Broadway and Jefferson and on July 6th of that year we marched to the beautiful edifice located on the corner of Monroe and Franklin Streets. It was purchased for $65,000, which was a lot of money back then. Understand that half of the congregation could travel to Wayland on the #15 streetcar at the same time. But the Lord continued to bless and in one year alone, more than 600 people cast their lot with Wayland. You could come to Wayland for any service and know that the Spirit of the Lord was present. The membership grew to over 2,000 and organizations were added, a new Allen organ was purchased, the interior was renovated, a baptismal pool installed, a second service was added and the Lord just showered Wayland with blessings.

In 1959, the mortgage was burned. The need for larger quarters was evident and after months of church meetings and negotiations, the congregation vot 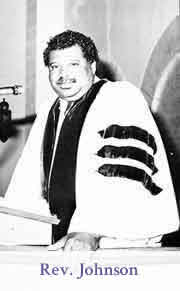 ed to purchase the Beth Tfiloh Hebrew Site on the corner of Garrison and Fairview for $450,000. On March 6, 1966, escorted by police, over 3,000 worshipers motored to our present church. In 1970, the beloved Rev. Payne tendered his resignation to heed the call of the Lord to personally minister to the least and the lost. Rev. Henson served as the Interim Pastor. Later that year, the Rev. Darneal F. Johnson Jr. was offered the Pastorate of Wayland. As he was installed on April 4th that next year, he was faced with a membership of about 500, who had come through a traumatic “church split,” a major debt of $168,000 and other challenges. But you can look around and see, it is no secret what God did. Under his leadership, souls were still saved, we installed an elevator, glass doors and purchased our 1st mini van.

In 1977, we burned the mortgage. Rev. Johnson not only picked us up, but he led us to new heights. 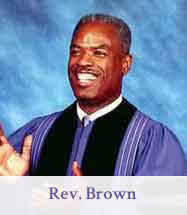 In 1989 after 18 years of service, Rev. Johnson submitted his resignation. After a nationwide search, the Wayland Baptist Church voted and accepted the 5th Pastor of the Wayland Baptist Church in the person of Rev. Dr. Hoffman Fisher Brown III. He came with a vision and a 20 year plan and in the last 15 years much has been accomplished. First of all, he continues to preach the gospel of Jesus Christ, property has been acquired, parking lot, affiliations with national and local organizations. We are constantly reminded “give God what’s right, not what’s left,” and that prayer is the key to the kingdom, faith unlocks the door and study God’s word.